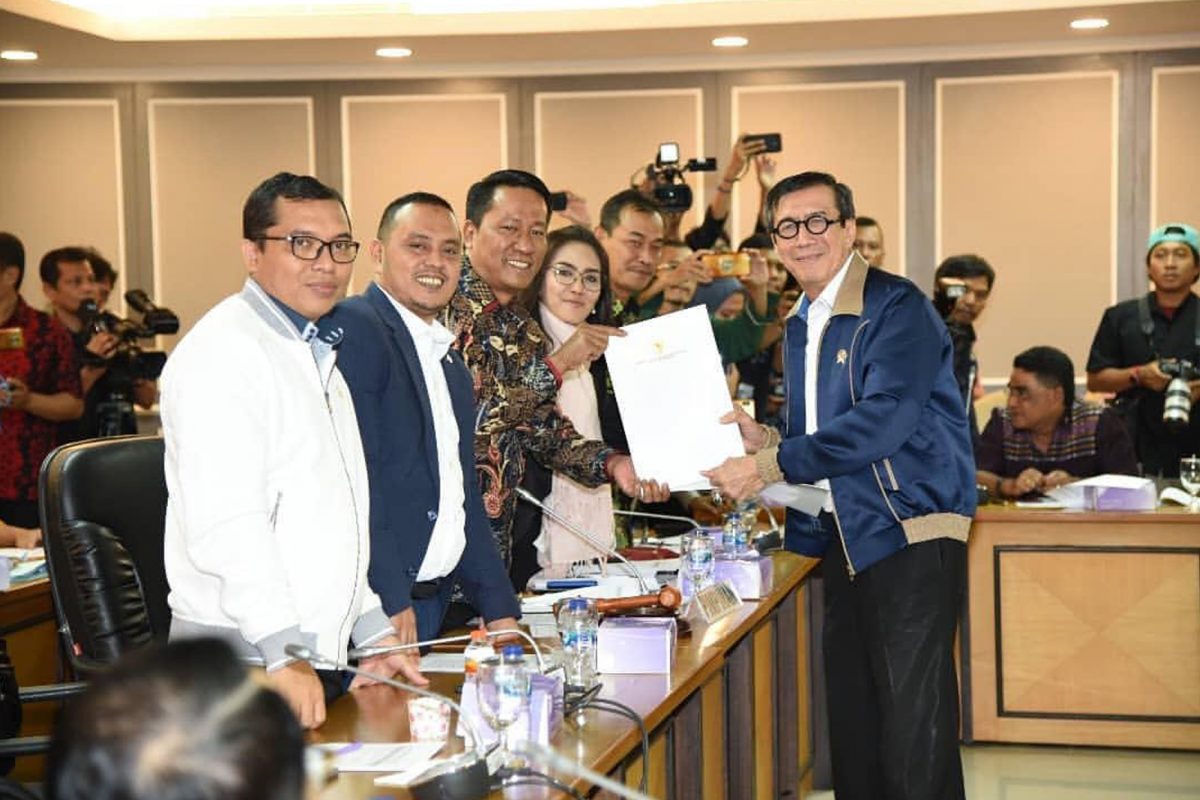 After receiving praise for including the domestic workers’ protection bill in this year’s National Legislation Program (Prolegnas) list, the House of Representatives had decided to put the brakes in deliberating the decade-old proposed legislation, much to the dismay of activists.

The House left the bill out of its list of initiatives during the plenary session on Thursday.

The House Legislation Body (Baleg) previously agreed to endorse the bill in Thursday’s plenary after gaining support from the majority of House factions on July 1. However, at the House’s Steering Committee (Bamus) forum on Wednesday, the House speakers did not approve the endorsement over “administrative reasons”.

The chairman of the bill’s working committee, Willy Aditya, expressed his disappointment, saying he failed to understand the leaders’ reasons to refuse the bill, especially because of technicalities regarding supporting documents.

“I’ve done my best to convince the House leaders, but they want to delay the bill. Hopefully, we will still have a way to resolve it,” the NasDem Party politician said on Thursday, adding that he had found nothing wrong in the administrative aspects of the bill.

The ruling Indonesian Democratic Party of Struggle (PDI-P) and the Golkar Party, the two biggest factions in the House, have opposed the bill since it was being discussed at the Baleg, with the PDI-P specifically requesting to delay its deliberation. Seven other factions agreed.

Willy, who also serves as one of the Baleg deputy chairs, said the domestic workers’ protection bill was one of the few populist bills at the House, regretting the leaders’ decision to delay it.

“Amid so much public criticism against the House for the bills we’ve worked on, amid the less aspirational image of the lawmakers, this is one of the few populist bills,” he said.

Willy suspected there was fear among his fellow lawmakers that the bill would formalize the domestic sector, which was actually not the main objective of the regulation.

“If they read the draft bill, it stipulates that the recruitment of domestic workers could be done through placement agencies or directly by households. The main principle of this bill is kinship.”

The bill, he further explained, regulated work relations between employers and workers in a socio-structural manner that should be based on a working contract to ensure decent working hours and fulfillment of domestic workers rights.

Willy said the NasDem faction would seek support from the PDI-P and Golkar so that the House could move forward with the bill’s deliberation this year, as it had been included in the 2020 Prolegnas.

The bill, a copy of which was obtained by The Jakarta Post, contains several key matters, including provisions on the direct and indirect recruitment of domestic workers as well as their rights.

The rights arranged in the bill included the right to education provided by their placement agencies and administered by the government and the right to health and work accident insurance.

Placement agencies that do not provide education for workers could face administrative sanctions, ranging from a warning to the revocation of their permit.

It also regulates criminal provisions to protect domestic workers from discrimination, exploitation, harassment and violence by employers and placement agencies, both of whom could face up to eight years’ imprisonment or a fine of up Rp 125 million (US$ 8,562) if found guilty of the aforementioned abuse.

Lita Anggraini, an activist from the National Network on Domestic Workers Advocacy (Jala PRT), regretted the delay in the bill’s deliberation, saying it showed that House leaders were neglecting about 5 million domestic workers and their families who were living in poverty.

“They are the invisible hands that have been contributing to the country’s families’ social, economic and psychological matters, including the careers, professionalism and welfare of their employers, which also include the policymakers and lawmakers,” she said.

The bill, she added, was urgently needed to help strengthen the government’s bargaining position in protecting Indonesia’s migrant workers, noting that the government would be seen as weak and inconsistent in the absence of a law on workers’ protection in their own country.

“The big factions’ rejection of the bill illustrates the feudal discrimination against domestic workers,” the coalition said in a written statement on Thursday.