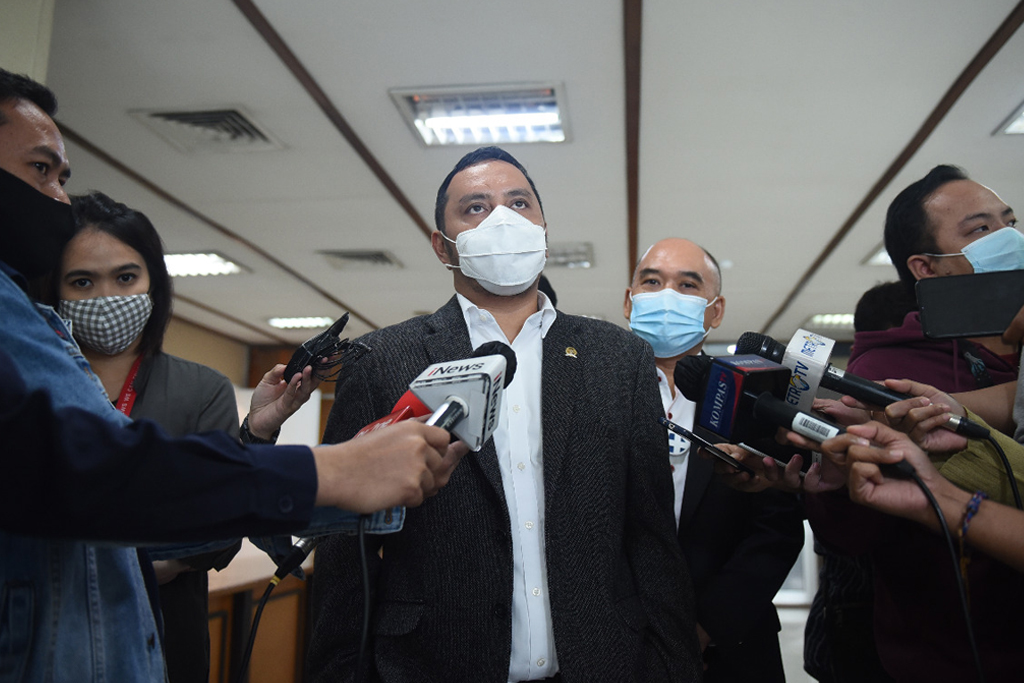 The House of Representatives and labor unions have formed a team to discuss labor provisions in the controversial omnibus bill on job creation following the unions’ demand for the government and lawmakers to drop the provisions in the bill.

House Deputy Speaker Sufmi Dasco Ahmad, who initiated the formation of the team on Aug. 11 during the first meeting between the lawmakers and leaders of the unions, said the House Legislation Body’s (Baleg) deputy chairman, Willy Aditya, would lead the team.

“The team consists of members of the bill’s working committee from Baleg and the unions’ representatives,” said the Gerindra Party politician on Tuesday.

“There are nine issues that we will be discussed later from Aug. 20 to 21,” Willy said, adding that the results of the discussion would be used by the lawmakers in the deliberation of the provisions with the government.

He noted that substantial points on the problem inventory list (DIM) had been deliberated, as there were only about 1,900 remaining problems, including the labor provisions, to be discussed.

Lawmakers, however, did not have a specific deadline to resolve the draft bill although the government had expressed hope for the House to finish the deliberation in August or September, Willy said.

“The House has never set a target,” he added.

Hendrawan Supratikno, a member of Baleg from the ruling Indonesian Democratic Party of Struggle (PDI-P), previously mentioned that lawmakers aimed to complete the bill by September.

However, House Speaker Puan Maharani, a PDI-P executive, said the House would continue to deliberate the omnibus bill on job creation with a careful approach.

Indonesian Worker Union Confederation (KSPI) president Said Iqbal said labor unions would press ahead with their plan to hold a massive rally on Aug. 25 in protest of the bill, even though they had teamed up with the lawmakers to discuss the labor provisions.

Said Iqbal said  32 labor groups were on the team, which were tasked with formulating a list of DIMs to be used by the lawmakers in discussing the labor provisions with the government.

“It’s so that the bill’s working committee from Baleg has a strong argument based on the list of problems we propose,” he said.

He added that the groups had demanded the House scrap the proposed revisions of the prevailing articles in the Manpower Law No. 13/2003, saying the bill’s labor cluster should only stipulate new articles that have yet exist in the law, such as, for instance, provisions on start-up workers and freelance workers.

Said Iqbal noted that Dasco had said in the meeting that the lawmakers would soon announce which articles the team would accept to be included in the bill and which ones they would reject, “So that we wouldn’t get stuck in limbo.”