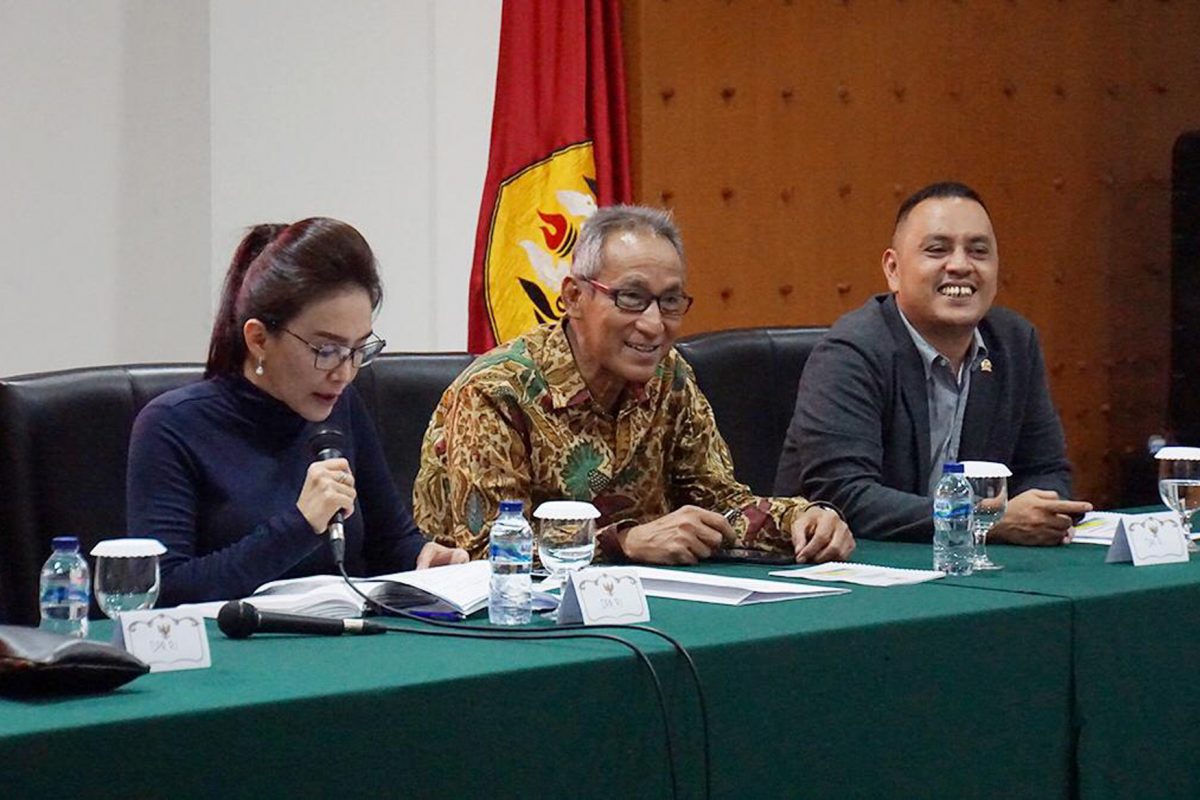 The ruling Indonesian Democratic Party of Struggle (PDI-P) and the NasDem Party, both in President Joko “Jokowi” Widodo’s coalition, have pushed the government to drop labor provisions from the omnibus bill on job creation following growing public opposition.

Rieke Diah Pitaloka of the PDI-P faction, who is also Baleg’s deputy chairwoman, said during the hearing that the main substance of the bill should only be to improve the ease of doing business in Indonesia and attract investment.

The PDI-P, whose constituents are generally working class, has been reluctant to pursue the bill since the beginning. It was the only party to urge lawmakers not to rush into deliberation, citing public objections to the bill.

Rieke added that the faction was mainly considering the impact of COVID-19, noting that many companies had closed due to the outbreak.

“Minister [Airlangga] certainly knows it. We strongly support the government in improving our regulations, but we should evaluate this draft,” she said during the Tuesday hearing.

Baleg’s deputy chairman Willy Aditya of NasDem echoed Rieke, noting that the labor provisions in the bill should instead be included in revisions to other laws, for example, revisions to the Labor Law or the Industrial Dispute Settlement Law.

NasDem’s Taufik Basari suggested that the bill’s deliberation start with noncontroversial topics. He also asked the government to evaluate the existing draft to match the current situation.

“We received this draft when the economy was still normal. Are there new economic calculations following COVID-19 that will affect the bill? If yes, we hope the government will submit a new draft,” said Taufik.

Political parties outside the government coalition, such as the Democratic Party and the Prosperous Justice Party (PKS), pushed for the deliberation of the bill to be postponed, considering that the public could not participate optimally due to the outbreak.

Responding to the lawmakers, Airlangga said the government would not submit a new draft, asserting that the bill was necessary as written to anticipate the post-outbreak optimistic scenarios of world-economic improvement in 2021. He said some institutions had predicted economic growth between 4 and 5 percent.

“Therefore, structural reform is needed. It needs to be done as soon as we overcome COVID-19,” he said.